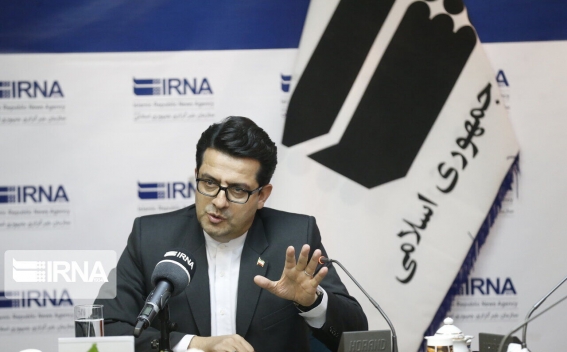 Iranian Foreign Ministry Spokesman Abbas Mousavi appreciated the efforts made by Switzerland in releasing Iranian prisoners for US prisons, saying "we are ready to exchange other prisoners if it is possible".

Speaking to IRNA on the claims made by US President Donald Trump after releasing Michael White over holding talks with Iran, Mousavi said the US' internal affairs are not important for Iran.

What is important for Iran is the performance of various US Administrations.

Unfortunately, we have not observed any action which attracts the Iranian government and nations' confidence, he noted.

He went to say that Iran has never left the negotiation table, adding that in the framework of P5+1, Iran was in touch with different parties but it was the US that left the table and violated its commitments under the nuclear deal and UNSCR 2231.

Mousavi noted that speech therapy is not important for Iran.

The US compliance to its commitments is of importance for Iran, he stated.

If the US returns to the nuclear deal known as the Joint Comprehensive Plan of Action (JCPOA), compensates losses imposed on Iran, and lifts cruel sanctions, it can reverse to JCPOA and P5+1.

Some of the Iranian nationals have been imprisoned on the alleged circumventing the US sanctions which are not accepted by Iran, he said, adding that US sanctions are illegal and unfounded.

He reiterated that no direct negotiations have been made between Iran and the US with regard to prisoner swap.