Commemoration of St. Gayane and her Companions 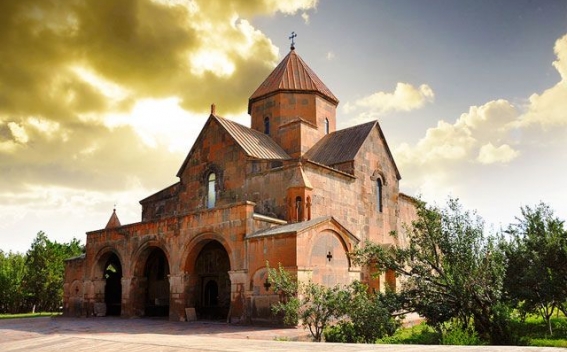 In the Armenian Apostolic Church on the days of the feasts dedicated to the memory of St. Gayane and her companions a Divine Liturgy is celebrated in all Armenian Churches. On the eve of the feast ceremonies are held, which start after the evening service, and Church hymns and songs, dedicated to the nuns, are sang, Qahana.am writes.

St. Gayane lived during the period of the reign of the Roman Emperor Diocletianus (284-305 years) who subjected Christians to persecutions. She was one of the 37 nuns who left Rome for Armenia.

During the first 20 years of his reign Diocletianus didn’t persecute Christians despite his being heathen. However, since 303, under the pressure of Caesar Galerius, he subjected Christians to severe persecutions. He issued 4 edicts against Christians which envisaged Christians’ removal from the army, confiscation of church property, first of all buildings and ritual books, church servants’ arrest and capital punishments, subjecting Christians to torments pursuing the goal to make them to give up their beliefs and faith. Persecutions agitated the whole empire, Christians were martyred for the sake of Christ. It was during this difficult period that Gayane and her companions left Rome.

Becoming angry, the king ordered to subject her and the other nuns to severe torments. Her tongue and womb were cut, eyes were put out and her body was dismembered. Abyss Gayane and two of the nuns also were subjected to severe torments for encouraging Hripsime to endure tortures for the sake of Christ. Executioners pierced their feet, hang them, tore off their skin, cut their abdomens and afterwards beheaded them. The remaining 33 nuns were put to sword and parts of their bodies were thrown to the beasts for eating.

Nine days later St. Gregory the Illuminator found the relics of the nuns and burying the relics, built martyriums in those sites, where in the future the Monasteries of St. Hripsime, St. Gayane and St. Shoghakat were erected.