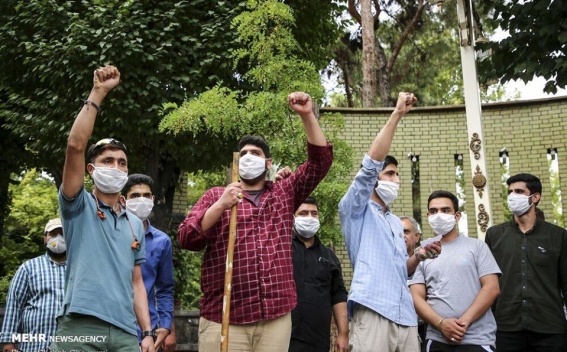 About 30 Iranian students have held a protest against Armenia’s decision to open an embassy in Israel near the Embassy of Armenia in Tehran, News.am reports, referring to IRIB.

The protesters held signs warning about the consequences of the decision, screamed ''Death to Israel, Death to the United States and Death to Britain'' and burned the Flag of Israel.

They also read a statement condemning the Armenian government’s decision to open an embassy in Israel. ''Any ground for strengthening and presence of the Zionist regime is considered a hostile act,'' as stated in the statement.