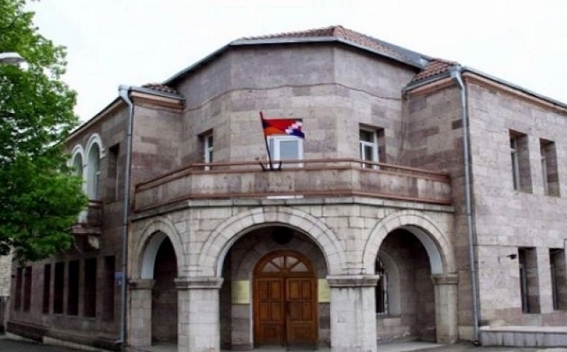 28 years ago, on June 12, 1992, the Azerbaijani armed forces, supported by the units of the 23rd division of the former Soviet Army, launched a large-scale attack on the Republic of Artsakh, employing heavy equipment and military aircraft. The first to be targeted was the Shahumian region. Having multiple superiority in manpower and equipment, the Azerbaijani armed forces managed to capture the Shahumian region of the Republic of Artsakh, after which they started ethnic cleansing and brutal massacre of Armenian civilians.

To escape, the people had to leave for the Martakert region through mountain paths, where along the way they were being attacked by the Azerbaijani militants. According to the recollections of the residents of the Shahumian region, the column of civilians was fired on, including from combat helicopters. The attack on the civilians was deliberate and had only one goal - to kill as many people as possible. It was in such an inhuman way that the Azerbaijani side tried to recoup on civilians for their own military defeats in the winter and spring of 1992.

As a result of the war crimes committed by the Azerbaijani armed forces during the occupation of the Shahumian region, about twenty Armenian villages were destroyed and looted, over twenty thousand Armenians became internally displaced persons and refugees, and several hundred people were deliberately killed or have gone missing.

By committing war crimes and subjecting the civilian population to terror the Azerbaijani authorities tried to break the will of the people of Artsakh seeking to defend its right to life, self-determination and independence. However, the atrocities by the Azerbaijani side only strengthened the determination of the people of Artsakh to defend its sovereignty, its ideals and its rights. The subsequent actions by the Defense Army of Artsakh to repel the Azerbaijani aggression and to ensure safe borders were conditioned by the need to defend the Republic and its population from physical annihilation.

The restoration of the territorial integrity of the Republic of Artsakh is one of the key elements of the position of official Stepanakert on the peaceful settlement of the Azerbaijan-Karabakh conflict.