Egypt to Reopen All Airports on July 1, Aviation Minister Says 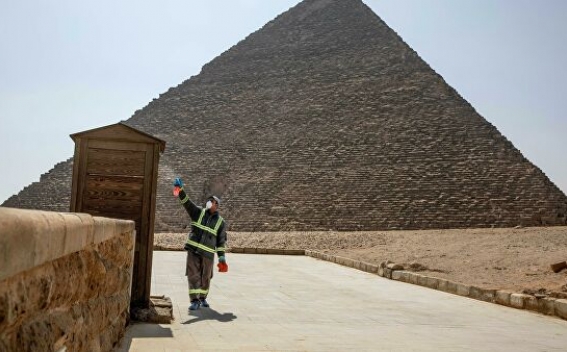 Egypt will reopen all its airports for scheduled international traffic on July 1, the civil aviation minister said on Sunday, after suspending regular commercial flights in March because of the coronavirus outbreak, VoA reports.

Mohamed Manar Anba told a news conference that flights would resume gradually at the airports from the start of July.

He said foreign tourism would be limited to resorts in three coastal provinces, after the government said on Thursday it would reopen Egypt's main seaside resorts for international flights and foreign tourists from July 1.

Anba and Tourism Minister Khaled al-Anani, who joined the news conference, outlined measures to be taken inside planes, at airports and in hotels to help to ensure the health and safety of foreign tourists.

Travelers from countries with high rates of coronavirus infections, based on World Health Organization (WHO) assessments, need to be tested before coming to Egypt, the ministers said.

The pandemic has shuttered Egypt's tourist industry, which the government says accounts for 5% of economic output but which analysts say may account for as much as 15% if jobs and investment indirectly related to the industry are included.

Domestic flights have continued during the crisis, and the government has allowed hotels to operate at 50% capacity since June 1.

Egypt, a nation of about 100 million people, has registered 44,598 cases of the coronavirus and 1,575 deaths. The number is lower than many European countries but cases have climbed in the past three weeks.

On Sunday, the health ministry reported more than 1,600 new cases for the second straight day and a daily record of 91 deaths, according to a statement.