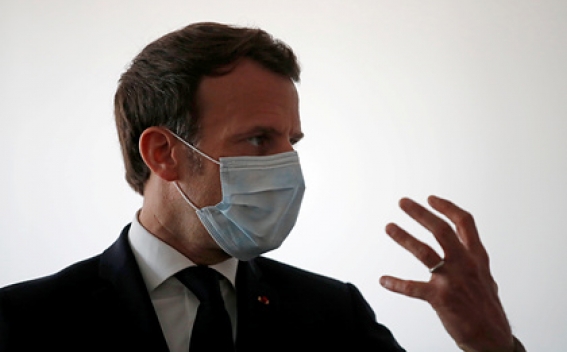 French President Emmanuel Macron hailed a "first victory" against the coronavirus crisis while also promising to draw lessons from the impact of the outbreak on France economy and health system, euronews reports.

In a live 20-minute televised address from the Elysee Palace, Macron announced that the whole of mainland France is now in the so-called "green zone", including the Ile de France region, which saw some of the worst rates of infection.

This means that cafés and restaurants in Paris will be allowed to reopen on Monday (June 15), nearly two weeks later than in the rest of the country.

France's borders with other European Union member states will also reopen on Monday, Macron said, while borders with countries outside the bloc "where the epidemic has been controlled" will reopen on July 1.

But travellers from Spain and the UK will still be required to self-isolate for 14 days, in parallel with current regulations in the two countries.

Finally, he said that every pre-schooler and pupil under the age of 16 will be required to go back to school on June 22.