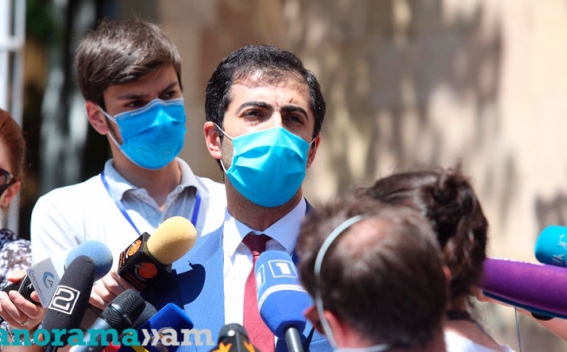 The legal team of Armenia’s second President Robert Kocharyan has decided to withdraw the appeals lodged with the Constitutional Court nearly a year ago, Panorama.am reports.

"We do not want to have anything to do with the overthrow of the constitutional order, as it’s the case with the recent events according to some circles," one of Kocharyan’s lawyers Aram Orbelyan told a news conference in front of the Constitutional Court building on Thursday.

The amendments would lead to the replacement of the head and three judges of Armenia’s highest court.

Orbelyan states the legal team takes such a step so that “some people do not condition their inaction on Robert Kocharyan's case” and in an effort not to hinder the establishment of parliamentarism in Armenia.

"Robert Kocharyan expressed a clear position that if certain obstacles to the establishment of parliamentarism arise due to his case, he should demand that his lawyers withdraw their appeals. We request and demand all political forces not to refer either to Mr. Kocharyan or the lawyers in the processes related to the Constitution,” the lawyer stressed.

“These processes should be considered exclusively within the framework of parliamentary factions and the powers of deputies,” he added, stating all forces questioning the legality of the constitutional changes are now free to apply to the Constitutional Court, without waiting for a specific date.

The lawyer stressed that the composition of the Constitutional Court does not matter to the legal team.