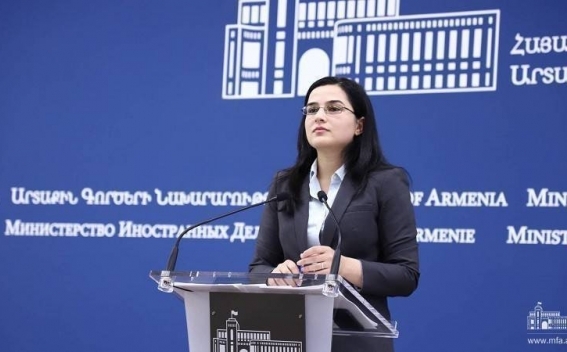 The remarks by the President of Azerbaijan during the opening of the N military unity clearly indicates that the authorities of that country view the ongoing democratic changes in Armenia as a threat to their power.

It is obvious, the decades-long power of single family, which will be remembered in the history by bring Azerbaijan to the leading positions in the global index on corruption, the infamous case of laundromat, oppression of freedom of speech and other freedoms of its own people, has all grounds to demonstrate strong prejudice towards the democratic changes in Armenia.

We believe that the Aliyev dynasty, which seeks its legitimacy in manipulating the conflict and promoting enmity between the peoples, instead of revealing its class antagonism towards the Armenian authorities formed as a result of democratic processes, should at least accept that Azerbaijani people also deserve democracy.

We are convinced that not the authorities who inherited power, but those formed by people and accountable before the people can contribute towards the reconciliation, regional peace and stability.