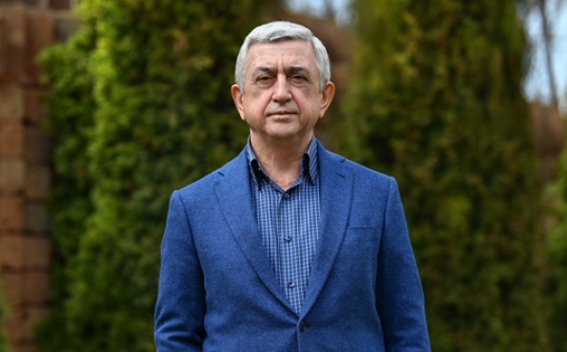 Armenian News-NEWS.am asked the Office of the 3rd President of Armenia for its commentary on the statement that spokesperson of the Prime Minister of Armenia Mane Gevorgyan posted on her Facebook page in response to the statement made by Serzh Sargsyan.

Armenian News-NEWS.am presents the response below:

“Frankly, we can only feel sorry for the employee who is holding the position of spokesperson, who is still unaware of the main functions for that position to this day and who is compelled to regularly publish the texts of her imbalanced boss from the legal and all other perspectives. Instead of performing her duties, by presenting groundless and still unproven allegations against Nikol Pashinyan’s opponents and defaming them, the spokesperson is compelled to be held liable for slander in court. As far as we know, there is already such a case in court, and there will surely be more cases in the future. There should not be any room for lies, slander and ribaldry in Armenia.

P.S.: 1. What happened to inviting Aliyev’s wife to Stepanakert to drink tea and listen to her favorite music, that is, Mugham?

P.S. 2. Didn’t you have the ‘dukh’ (courage) to respond to Aliyev, or is that ‘dukh’ only written on the caps you wear?

P.S. 3. Continue to manipulate the news about the weapons dating back to the 1980s which have been explained and refuted at the professional level several times, but don’t forget to explain how was it that the Azerbaijanis suffered more than 1,000 human casualties in 2016 (as your Prime Minister proudly wrote on his Facebook page) and the Armenian side suffered 75 human casualties. When the time comes, Serzh Sargsyan will give the people a lecture on the weapons of the 1980s. The Armenian side has always fought with the weapons it has had and has won with those weapons.

P.S. 4: The fact that those paid by foreign countries and international organizations for years refer to others as the Fifth Column is the peak of ridicule and one of the most classic defamations.

P.S. 5: We regret that the Prime Minister’s spokesperson, who has no clue about her job and politics, rushed to be delighted and draw conclusions regarding Serzh Sargsyan’s statement “Nikol Pashinyan was right, I was wrong”, but she surely won’t be delighted when President Sargsyan explains the meaning of that statement.”