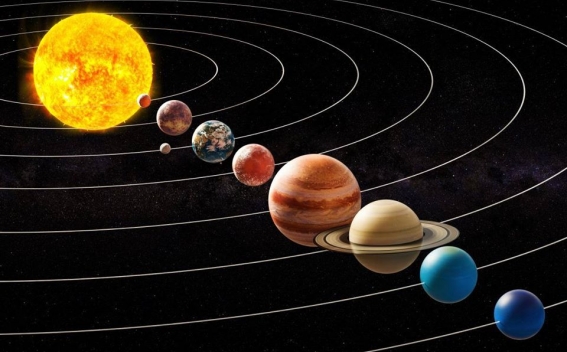 A series of rare and unique celestial events will take place in July and August which are popularly known as ‘planet parades’. Although there is no scientific definition for ‘planet parade’, it is being widely used in astronomy to denote an event that takes place when planets of the solar system appear in a row.

Subhendu Pattnaik, Deputy Director, Pathani Samanta Planetarium, Bhubaneswar said that three most commonly used definitions are: When planets line up on one side of the Sun, as seen up above the plane of our Solar system, is termed as 1st kind of planet parade. Alignment of three planets on one side of the Sun is very common and can be seen for many days in a year, Orissapost reports.

Similarly, alignment of four planets occurs once a year, five planets — once in every 19 years, and all eight planets— once in about 170 years. Secondly, when some planets appear in a small sector of the sky at the same time regardless of their visibility conditions, from Earth’s point of view we term the event also as a planet parade.

This kind of a planet parade had last happened April 18, 2002, when all planets of the Solar system that are visible to the naked eye lined up in a row in the evening sky. Such planet parades will also take place in July 2020, and in March and June of 2022.

On July 4, 2020, a rare and unique planet parade will take place. All the planets of the Solar system — Mercury, Venus, Earth, Mars, Jupiter, Saturn, Uranus, Neptune plus the dwarf planet Pluto — will line up on one side of the Sun. This will be a planet parade of the first type as described above. The last such parade of planets of this type occurred in 1982, and the next one will be in 2161 and 2492.

Forty-five minutes before sunrise July 19, 2020, the moon and five planets will be visible spread across the morning sky for about 30 minutes which can be observed with naked eyes. Similarly, in August 2020, sky-watchers will be able to witness another unique type of planet parade.

At the beginning of the month, the elusive planet Mercury will appear in the morning sky with bright Venus. Similarly, Mars, Jupiter and Saturn will be very bright enough can be spotted easily. Uranus and Neptune and dwarf planet Pluto (these three can be seen through telescope only) will be well placed in very favourable conditions for viewing in August.

Astronomers are excitingly waiting all over the world for this rare planet parade.