Trump Said His Administration Is Considering Banning the App TikTok 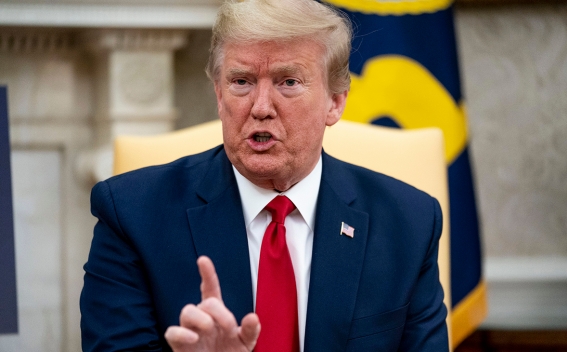 President Donald Trump said his administration is considering banning the short video app TikTok in the U.S. as one possible way to retaliate against China over its handling of the coronavirus, Bloomberg reports.

Trump’s comments on Tuesday came one day after Secretary of State Michael Pompeo said officials were looking at barring the app, whose parent company is China’s ByteDance Ltd.

"It’s something we’re looking at, yes," Trump said when asked in an interview with Gray Television’s Greta Van Susteren about Pompeo’s remarks. "It’s a big business. Look, what happened with China with this virus, what they’ve done to this country and to the entire world is disgraceful."

Trump did not offer any specifics about a potential decision. He said that banning TikTok is "one of many" ways he is looking to hit back at the Beijing government over the coronavirus, which has infected nearly 3 million people in the U.S. and killed more than 130,000.