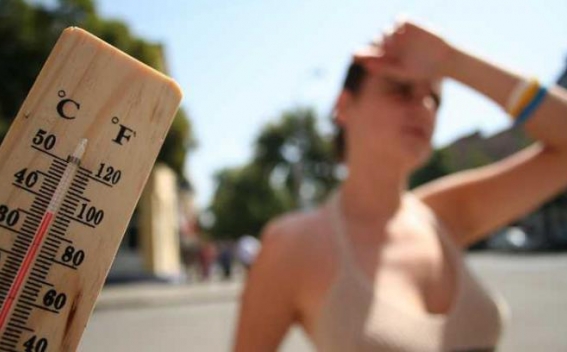 On July 19-21 abnormally high heat background is predicted in Ararat and Armavir provinces, in the foothills of Aragatsotn province, in the valleys of Syunik province and Yerevan city, in the daytimes the air temperature will reach up to +38․․․+40 degrees.
On the mentioned days, a high-grade fire risk situation in the valley-foothills of the Republic is also predicted. Above the norm ultraviolet radiation intensity is predicted. It is recommended to avoid direct sunlight from 11:00 to 17:00.

In the daytime of July 18, in the afternoon of 21 in separate northern places, on 22-23 in most regions from time to time rain with thunderstorm is predicted, during the thunderstorm wind speed may reach up to 20-25 m/s. In separate places hail is also predicted. On July 19-20 no precipitation is predicted. 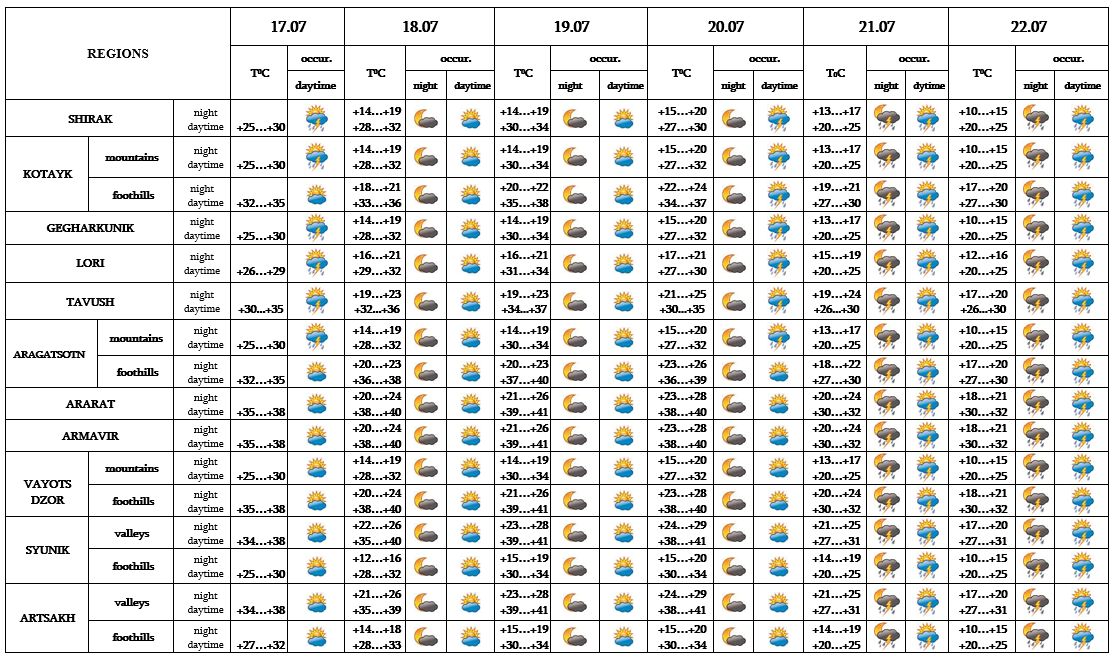