Ambassador Urges Armenians of Ukraine not to Succumb to Azerbaijani Provocations 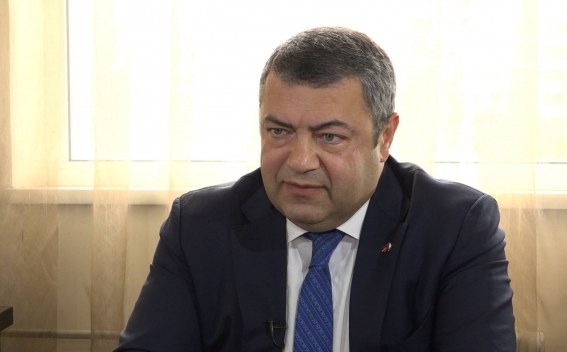 Armenian Ambassador Tigran Seiranian urged the Armenians living in Ukraine to avoid clashes with Azerbaijanis as well as any unpleasant incidents.

The ambassador's statement - posted on the embassy's Facebook - says that in many countries, including Ukraine, there are cases of attacks on Armenians, manifestations of violence, attempts to damage or destroy their property. And although the situation in this country did not get out of control, it is necessary to observe precautions, the diplomat said.

He urges Armenians to be as vigilant as possible, not to succumb to provocations, to refrain from visiting restaurants, cafes, and other catering facilities alone or in small groups, especially at late hours of the day.

The Armenian diplomatic mission is in constant contact with the law enforcement agencies of Ukraine and the Union of Armenians of Ukraine. According to Seiranian, these days law enforcement officers are doing everything possible to avoid mass clashes.