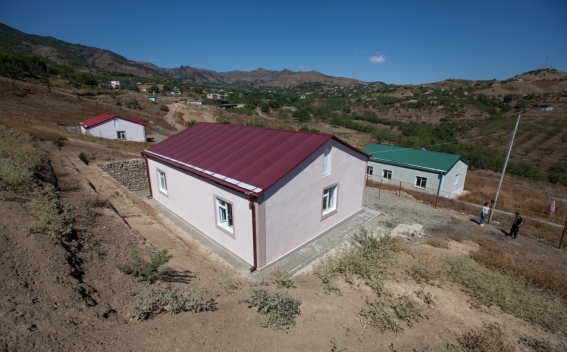 About five years ago, the government had started a program whereby it was providing three million drams free of charge to our young families who were building houses in rural communities. Artsakh (Nagorno-Karabakh) President Arayik Haroutyunyan wrote this on his Facebook page, News.am reports.

"According to my pre-election promise, (…) we have already made the following two important changes in the (…) decision, which will come into force as of September 1.

B) The specified age limit [for this program] has increased from 40 to 50.

I believe these changes will be a powerful impetus for the balanced development and housing of rural communities, improving the living conditions of many families. Therefore, I signed this government decision with great joy," Haroutyunyan added.