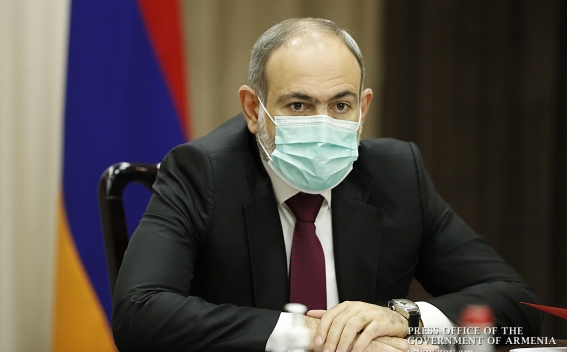 A regular session of the Security Council is being held in Yerevan, chaired by Prime Minister Nikol Pashinyan. The Prime Minister addressed the meeting with opening remarks, in which he stated:

Today we are holding a regular session of the Security Council of Armenia. We adopted a new national security strategy at the previous session. It is noteworthy that shortly after that landmark decision we witnessed the expediency and viability of that document. It was recorded that in general, we had accurately assessed the security threats facing our country: the strategic assessment of our security environment was of high quality.

The well-known events - the victorious battles of Tavush - took place in the wake of the previous Security Council session. The following is to be stated in this connection: All the way throughout the previous period, Azerbaijan had adopted a stance which implied that their failure to launch an offensive and resolve the Karabakh conflict by force should be perceived as a concession to both Armenia and the international community. During all this time, we had been urging the Azerbaijani leadership to refrain from speaking to Armenia from the position of strength and to give up their bellicose rhetoric.

In fact, the victorious battles in July came to demonstrate that there is no military solution to the Karabakh issue. I think the time has come for the Azerbaijani leadership to acknowledge this fact, since as I have mentioned on several occasions, if the Karabakh issue were to have a military solution, then the people of Artsakh might state that they had resolved it long ago.

The next factor specified in the National Security Strategy is Turkey’s non-constructive policy in our region and in the world, in general. I think that Turkey’s destabilizing and destructive approaches are causing serious concerns to our partners in the Middle East, the Eurasian region and the European region. This is an agenda that has already been formed, and our future action should be the subject of substantive discussions in the Security Council, the Government, the Ministry of Foreign Affairs, and today’s session will address this issue among other agenda items.

The most important record we have to make is that the Republic of Armenia is in a position to meet the emerging security challenges. At the same time, we must set ourselves the task of improving the country’s security environment every week, every month and every year. The Security Council is just the working format which should discuss and resolve such issues."

The agenda of today’s Security Council session features a number of security-related issues.