Constitutional Reforms Concept to Include Creation of Supreme Court 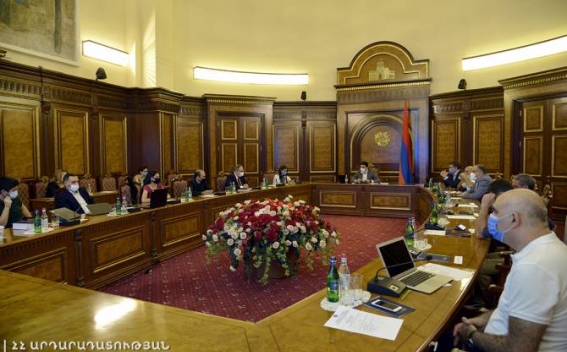 The Specialized Commission for Constitutional Reforms has discussed the option of merging the highest judicial instances, namely the two concepts on creating a Supreme Court, Armenpress reports.

The concepts were developed by jurists at the Justice Ministry and the commission.

The meeting was chaired by commission chairman Yeghishe Kirakosyan on August 22, the justice ministry said in a news release.

Minister of Justice Rustam Badasyan and jurists Armen Mazmanyan and Levon Gevorgyan presented the provisions of the concepts.

After debating the options, a voting took place to determine which version will be included in the preliminary version of the Constitutional Reforms Concept.

The first version, which failed to pass with only 7 of the 15 members voting in favor, envisaged the development of the constitutional justice system within the framework of the active model.

The commission chose the other option – decentralizing the constitutional supervision, uniting the highest judicial instances with 8 members voting in favor.

The concept on creating a Supreme Court will be included in the Constitutional Reforms Concept which is expected to be introduced for public debates soon.