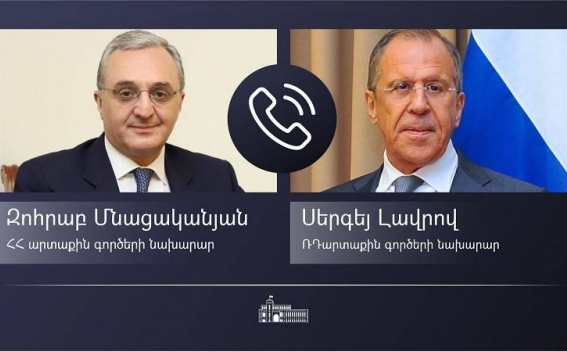 "Zohrab Mnatsakanyan and Sergey Lavrov discussed regional developments following the July hostilities and within that context the situation unfolded around the Nagorno-Karabakh peace process.

The Foreign Ministers of Armenia and Russia also exchanged views on issues of the agenda of Armenian-Russian allied relations", is said in the announcement.