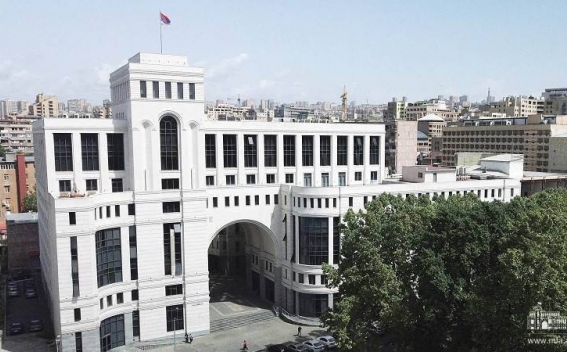 We strongly condemn the degrading treatment of the officer Gurgen Alaverdyan, who appeared under the Azerbaijani jurisdiction on August 22. This is a flagrant and gross violation of the international humanitarian law.

By publicly violating the dignity of Gurgen Alaverdyan,  Azerbaijan denies the right of the prisoners of war to be “entitled in all circumstances to respect for their persons and their honour” which is asserted by civilized humanity and enshrined in the Third Geneva Convention. Such practice represents a distinctive method of notorious terrorist organizations and, as we can observe, of Azerbaijan as well.

The dictatorial regime of Azerbaijan, while feeding its people with disgraceful propaganda and Armenophobia, covers up the serious setbacks of its armed forces in the July battles by coercing the prisoner of war to read out its sham narratives.

The fact that Azerbaijan is one of the few countries to have refused to ratify all the Additional Protocols to the Geneva Conventions also demonstrates their disregard of the international humanitarian law.

The continuous violations of international humanitarian law by Azerbaijan seriously undermine the establishment of an environment conducive to peace.