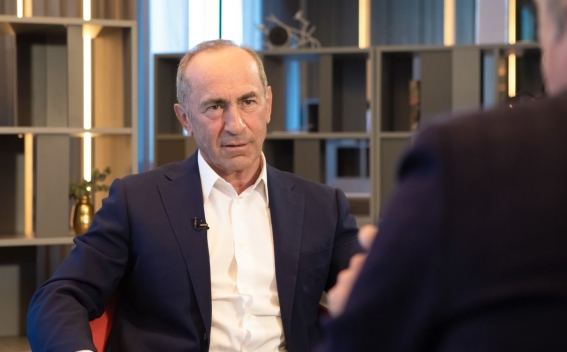 The Nagorno-Karabakh Republic (NKR) has never been part of independent Azerbaijan. The first president of the NKR and the second president of Armenia Robert Kocharyan said this in an interview with RBC TV of Russia, News.am reports.

According to him, the settlement of the Karabakh conflict should be viewed in a larger context and in the latter’s narrower context. "Given Azerbaijan's position which is voiced today, I simply do not see how a settlement can take place. There is just one fact: The Nagorno-Karabakh Republic has never been part of independent Azerbaijan; that is a fact. The legal basis for the creation of the Nagorno-Karabakh Republic is flawless; I wrote that declaration. During the secession of the republic, the constitution of the Soviet Union at that time was weak, the autonomy, even the national minorities living in densely populated areas decided their fate through referendums solely in accordance with the working legislation.

And the third factor is the fact of the existence of the Nagorno-Karabakh Republic for almost thirty years; soon for 30 years, a year later.

Moreover, it develops effectively, even more effectively preserves and protects its borders. And today Baku denies the objective reality of these thirty years. But how can the problem be solved if you deny the objective characteristics of this problem?" Kocharyan asked.

"And when the halls of power were strong in the USSR, was it possible to solve that problem?" The journalist asked. "If Crimea could be transferred to Ukraine very easily, no doubt," replied the former president of Armenia and Artsakh.

"In your opinion, why was it not done in that case?" The journalist asked. "I have no idea; I can make assumptions. I believe that, ultimately, there was an ideology which, nevertheless, presupposed that it was being created ... I recalled the slogan, 'Soviet people, a united new historical community,'" Robert Kocharyan replied.