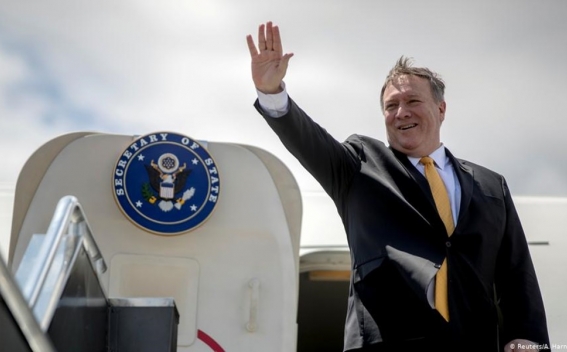 US Secretary of State Mike Pompeo is due in Cyprus on Saturday amid moves to defuse tension in the eastern Mediterranean as Turkey refuses to withdraw its maritime assets from disputed, Cyprus Mail reports.

Pompeo was initially scheduled to visit earlier this year, but this was postponed as tension between Tehran and Washington escalated.

Pompeo told reporters travelling with him to Doha that President Donald Trump has spoken with Turkey’s President Erdogan and Greece’s Prime Minister Mitsotakis about the situation.

“In each case he’s said the disputes, the maritime disputes have to be resolved in a way that is diplomatic and peaceful.  And so I’ll be working on that project as well, trying to make sure that I understand the risks that are associated from the people of Cyprus’s perspective and take that on board as we continue to work on the challenges that the Eastern Mediterranean is presenting today,” he said according to the official transcript on the State Department’s website.

“It’s something we’re very focused on.  The Germans have done a good job trying to diplomatically get them to begin their conversations about how to proceed.  We hope they’ll be real conversations and we hope the military assets that are there will be withdrawn so these conversations can take place,” he added.