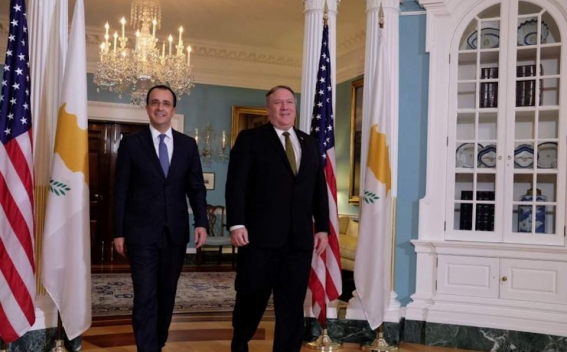 The United States and Cyprus have signed a Memorandum of Understanding (MoU) to construct a new training centre which will provide expertise for the rest of the region on border security and nonproliferation, said Michael Pompeo, State Department Secretary on Saturday, ANI news reports.

According to a press statement issued by the State Department, "Today the foreign minister and I just signed an MoU to create a new training center to be funded by the United States and built here in. It will provide expertise for the rest of the region on border security and nonproliferation. It will be known as the Cyprus Center for Land, Open-seas, and Port Security, or CYCLOPS," Pompeo said as quoted in a Saturday release from the State Department

Pompeo further said that the will continue to support a comprehensive settlement to reunify the island as a bi-zonal, bi-communal federation which would benefit all Cypriots as well as the wider region.