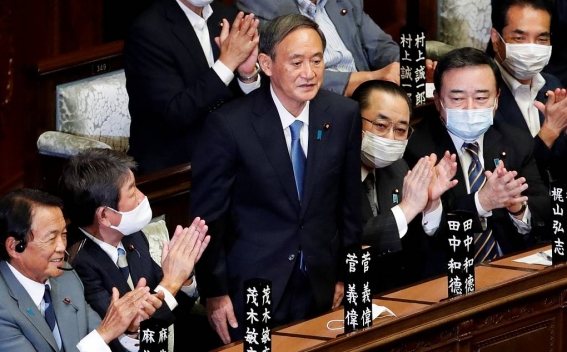 The 71-year-old head of the ruling Liberal Democratic Party (LDP) replaces outgoing leader Shinzo Abe, Japan's longest-serving Prime Minister, who announced his intention to resign in August due to health problems.
Suga was elected LDP leader on Monday with about 70% of the votes, but he still required the backing of the country's national legislature, the Diet, before he could officially become Prime Minister.
He won the Diet vote with 314 out of 465 votes in the lower house and 142 out of 240 votes in the upper chamber.
The new Prime Minister will next announce his cabinet line up, which is expected to include a large number of former Abe appointees, before being sworn in by Emperor Naruhito at the Imperial Palace in Tokyo on Wednesday afternoon.
Հայերեն На русском