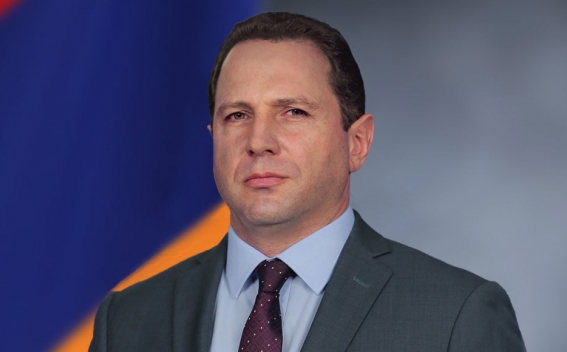 Azerbaijan’s armed forces are carrying out fortification works in order to neutralize the supremacy and advantage of Armenia’s border guards and military positions, and for that they are using weapons of different calibers, Defense Minister of Armenia Davit Tonoyan said during a question-and-answer session with government officials in parliament today, News.am reports.

''This has been going on for the past two weeks, but Armenia showed restraint in terms of the provision of information. Yesterday the Azerbaijanis suffered a casualty and sounded the alarm about this.

Information about all of these incidents is provided to the OSCE Minsk Group Co-Chairs, and the representative of the OSCE Secretary-General is aware of all this. Armenia has warned several times that there is no mechanism to reduce the risks of improper developments of this situation.

Today Armenia suffered a casualty and is taking appropriate measures. The Ministry of Defense of Azerbaijan has expressed concern and is more alert. Armenia understands that Azerbaijan is concerned because there will be relevant operations,'' the minister said.