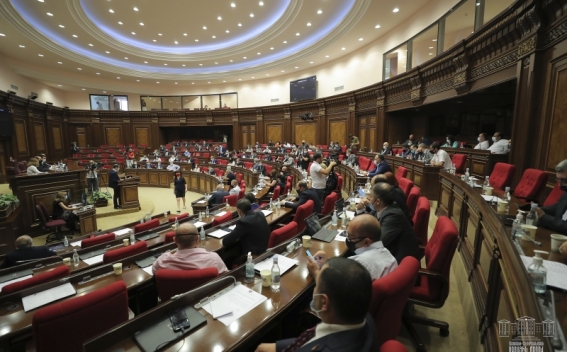 The National Assembly of Armenia on Thursday criminalized- with a unanimous 121 votes in favor- the direct and public propaganda of genocide, as well as the calls for genocide, News.am reports.

The creators of the respective new law are the MPs of the ruling My Step bloc.

Accordingly, the violators of this law shall face 8 to 10 years in prison.

But if the aforesaid acts are committed through the media or computer system and with the prior consent of a group of persons, they shall be punishable by 10 to 14 years in prison.

And if these acts are committed by an organized group using its official position, they shall be punished with 14 to 20 years of imprisonment, or life imprisonment.

According to those behind this new law, such strict measures will enable to show the whole world Armenia's position on this matter and make the country become a unique leader against genocide propaganda.