Armenia MOD On Azerbaijan President's Statement: Well, He Will Not Blame Himself 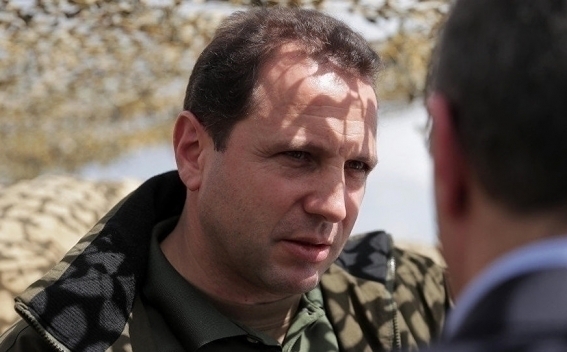 Independence starts from the human soul, not only from the border. Republic of Armenia (RA) Minister of Defense Davit Tonoyan noted this Monday morning in a conversation with journalists at Yerablur Military Pantheon in Yerevan, News.am reports.

"The guarantor of independence is not only the army, but also the people, and the RA Armed Forces born of its bosom," he said.

Asked how he would comment on Azerbaijan President Ilham Aliyev's statement that the Nagorno-Karabakh (Artsakh) negotiations had failed, the minister said: "Well, if he does not negotiate, negotiations do not exist for him. Well, he will not blame himself. In fact, he has to blame himself, [but] he blames the Armenian side."

Also, Tonoyan urged not to worry. "Do not worry. We are strong, resilient, and we will only have victories. I wish our people strength and resilience to overcome all the trials that are possible. I am confident that our people will only achieve victories because what we wish is righteous," he said.

And to the remark that he had announced in the National Assembly that he was going to retaliate against Azerbaijan and whether he had already done that, the Armenian defense minister responded: "Everything in its time."