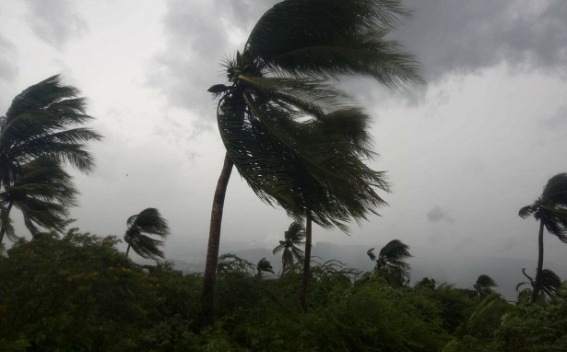 Tropical Storm Beta made landfall near the southern end of the Matagorda Peninsula around 10 p.m. CDT Monday, according to a special update from the National Hurricane Center, CNN reports.

The peninsula sits between Corpus Christi and Galveston along the Gulf of Mexico.
Beta made landfall with sustained winds of 45 mph. Tropical Storm Warnings remain in place for parts of the Texas and Louisiana coastlines, and the main threat continues to be storm surge and heavy rainfall.
A storm surge warning is in place in Texas for Port Aransas to Sabine Pass, including Copano Bay, Aransas Bay, San Antonio Bay, Matagorda Bay and Galveston Bay.
Beta's slow-moving approach is expected to produce rain over a long period, causing flash, urban and river flooding, the NHC said. Nearly 11 million people are under flash flood watches that cover all of the Texas and Louisiana coasts.
The storm is expected to weaken as it moves inland following landfall, NHC said. It is then expected to decrease in speed and will take a sharp turn to the north-northeast on Tuesday.
Beta is expected to remain close to the coast of southeastern Texas on Tuesday and Wednesday.
The storm is then forecast to bring rain into the Arkansas, Texas and Louisiana area and into the Lower Mississippi Valley and parts of the Southeast later in the week. Already, Louisiana's governor declared a state of emergency, and Texas Gov. Greg Abbott issued a disaster declaration for 29 Texas counties.
Հայերեն На русском