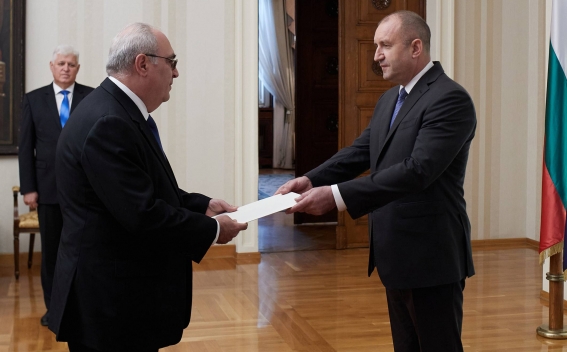 During the conversation following the ceremony, President Radev cordially congratulated the newly appointed ambassador on assuming office and expressed certainty that he will play his major role in the further strengthening and deepening of relations between Bulgaria and Armenia.

President Radev praised the high level of Armenian-Bulgarian relations and the friendly and fraternal relations. In his turn, Ambassador Yedigaryan assured that he will put in all his efforts to further deepen and strengthen the cordial ties between Armenia and Bulgaria. He talked about the course of reforms taking place in Armenia following the velvet revolution and touched upon Armenia-European Union relations and other topics of bilateral interest.