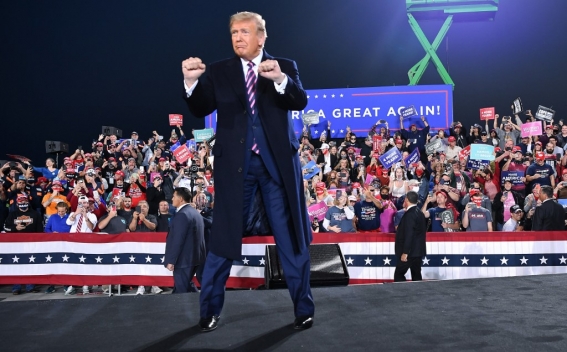 US President Donald Trump on Wednesday would not commit to providing a peaceful transition of power after Election Day, lending further fuel to concerns he may not relinquish his office should he lose in November, CNN reports.

"Well, we're going to have to see what happens," Trump said when asked whether he'd commit to a peaceful transition, one of the cornerstones of American democracy.
Trump has previously refused to say whether he would accept the election results, echoing his sentiments from 2016. And he has joked -- he says -- about staying in office well past the constitutionally bound two terms.
But his refusal to guarantee a violence-free transition went further and is likely to alarm his opponents, already on edge given his deployment of federal law enforcement to quell protests in American cities.
На русском