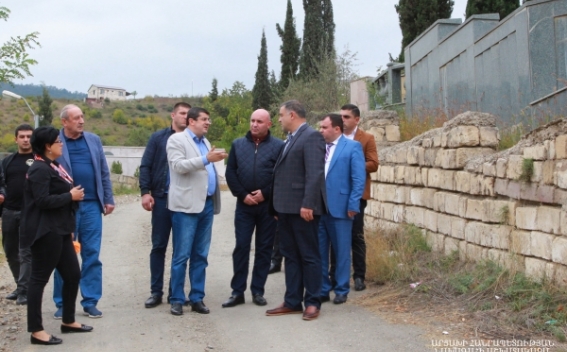 On 24 September Artsakh Republic President Arayik Harutyunyan, accompanied by Mayor of Stepanakert David Sargsyan and Minister of MunicipalEngineering Aram Sargsyan, visited the territory of the cemetеry located in the eastern part of the capital.
The Head of the State instructed to asphalt the main road of the cemetеry within the current year, as well as to devise a project for a new cemetеry where earthworks will be carried out in advance with state funds so that to provide leveled areas to relatives of the deceased for their burial. According to the President, forest-covered sections should be excluded while providing new areas.
The President of the Republic also noted the necessity of discussing with the Armenian Apostolic Church and regulating statutorily the issue of installing the tombstones in accordance with specific standards.