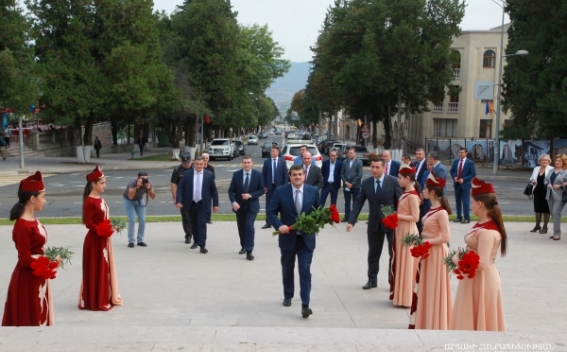 On 26 September Arayik Harutyunyan partook in Stepanakert's Circular Park in a solemn ceremony dedicated to the Day of the Capital.

The Head of the State, accompanied by Mayor of Stepanakert David Sargsyan, Minister of State Grigory Martirosyan and other officials, laid flowers to the pedestal of the monument of Stepan Shahoumyan. He once again highlighted the meaning of the holiday emphasizing that the government will spare no effort further on to solve the capital's problems within a reasonable time and to implement new development programs.