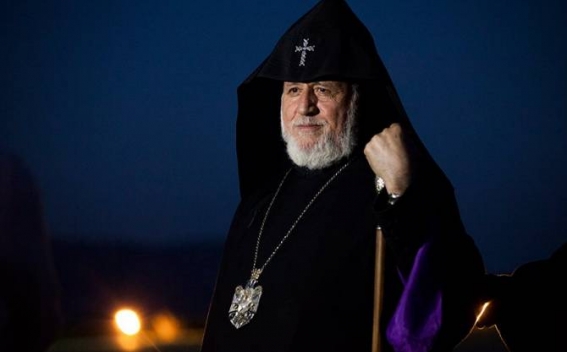 Catholicos Garegin II of the Armenian Apostolic Church is cutting short his visit to Italy where he was scheduled to meet Pope Francis and is returning to Armenia amid the massive Azerbaijani attack on Artsakh.

"We call for unity of our people and to all political powers to set aside differences for the needs of our homeland’s defense," he said.

Heavy battles are taking place at the entire length of the line of contact as Azerbaijani forces are attacking with helicopters, tanks and UAVs.

Casualties are reported among the Artsakhi civilians.