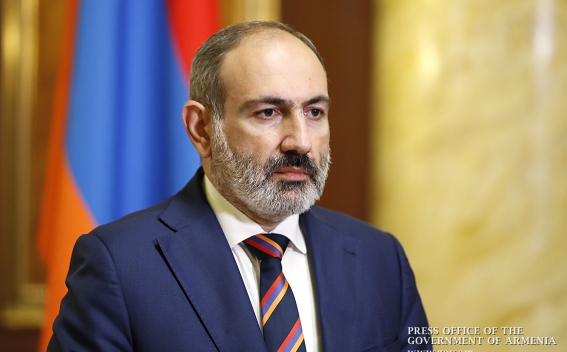 The Artsakh Republic has been under attacks unleashed by Azerbaijan’s armed forces since early morning. Civilian population, the capital city of Stepanakert and civil infrastructures are being targeted in Artsakh. There are casualties and injuries, including among the civilian population.

Using heavy weapons, artillery and infantry, the enemy attacked the Defense Army’s positions in all directions. The Defense Army is standing firm on its positions and honorably fulfills its task of defending Artsakh by taking actions called for by the current situation.

Ilham Aliyev’s dictatorial regime has resumed the hostilities. It is a war imposed on the Armenian people. It is a war against our independence, freedom and dignity. The Armenian people were prepared for the possibility of a war, because we realized that Armenophobia, enmity and hatred with which the Azerbaijani dictatorship used to feed its people for many decades could not lead to any result other than war.

The dictatorship of Azerbaijan has become a hostage of its own anti-Armenian policy and is now trying to justify its propaganda-fostered pledge to resolve the Karabakh conflict through military means.

We will make every effort to keep the borders of our homeland intact and to protect our freedom and independence.

Being a signatory to the ceasefire agreement of 1994, the Republic of Armenia will take all necessary action in the political, diplomatic and military fields to ensure the physical security of the people of Nagorno-Karabakh and impose peace on the enemy.

The adversary has already suffered significant losses in human lives and military equipment. Azerbaijan should realize that our army’s combat efficiency is higher today than ever. The enemy should realize that today all Armenians worldwide are standing by Artsakh.

We are united as always. We are united just as we used to be in the crucial moments of our history when the enemy threatened our existence, our identity and our national values. Azerbaijan’s dictatorial regime should understand that they cannot bring the Armenian people to knees.

We have faced many hardships and defied numerous challenges throughout our millennial history. Our cause is just and fair, and this criminal encroachment will be given a worthy rebuff.

We are well aware that the Azerbaijani dictatorship may launch military operations on the borders of the Republic of Armenia, resort to provocations in order to completely destabilize the regional situation. This is why we declared martial law and a general mobilization in the Republic of Armenia by the decision of the government.

I call the attention of the OSCE Minsk Group Co-Chairs and the international community to the seriousness of the situation.

The outbreak of a large-scale war in the South Caucasus, which we can witness now, could have unpredictable consequences. It could go beyond the borders of our region, reaching a much larger scale and threatening international security and stability.

I call on the international community to use all the leverages of influence it has to prevent any possible interference on the part of Turkey, which will definitely destabilize the situation in the region.

Turkey’s aggressive behavior, which had extremely dangerous manifestations during the July events, is a matter of serious concern. Turkey’s perseverance in such a dangerous stance is fraught with the most devastating consequences for the South Caucasus and neighboring regions.

The international community must join efforts to prevent any scenario of dangerous developments and keep the region safe from attempts of destabilization.

Today we are facing a serious challenge. The situation is being aggravated by the epidemic. The seriousness of the moment calls for everyone’s vigilance. Our victory depends on our individual and collective efforts.

I call on everyone to abide by the highest level of discipline and show high civic awareness, and we will win indeed.