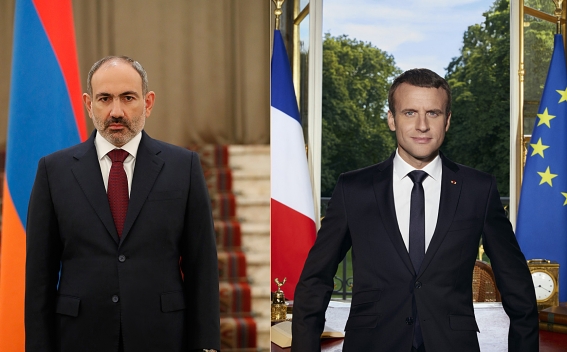 The Prime Minister of the Republic of Armenia advised that earlier today Azerbaijan had launched hostilities all the way along the line of contact with Artsakh. Nikol Pashinyan expressed deep concern over the current situation and its further escalation. In particular, he stressed that Azerbaijan was resorting to provocations with a view to launching military operations on the state borders of the Republic of Armenia.

Calling his interlocutor’s attention to Turkey’s strongly biased and aggressive stance, the Premier stressed the need to prevent the possible intervention of that country.

Deeply concerned over the current situation, President Macron said that the further escalation is unacceptable. He considered it important to take all necessary measures to halt the hostilities and defuse the tension. He stressed the need to intensify the efforts of the OSCE Minsk Group Co-Chairs with a view to reinstating peace in the region.