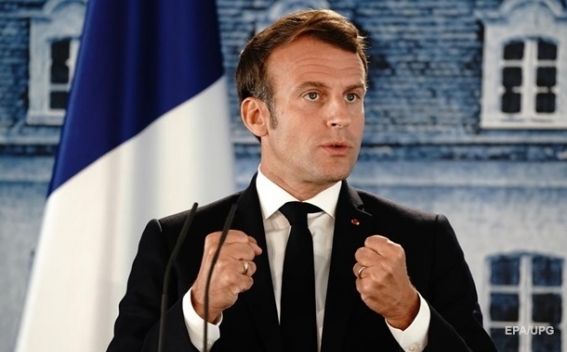 French President Emmanuel Macron said on Wednesday Turkey’s “warlike” rhetoric was encouraging Azerbaijan to reconquer Nagorno-Karabakh and that was unacceptable, though he added that he had no proof at this stage of direct Turkish involvement, Reuters reports.

“I have noted Turkey’s political declarations (in favour of Azerbaijan), which I think are inconsiderate and dangerous,” Macron told a news conference in Latvia.

“France remains extremely concerned by the warlike messages Turkey had in the last hours, which essentially remove any of Azerbaijian’s inhibitions in reconquering Nagorno-Karabakh. And that we won’t accept,” Macron added.

Macron said he would discuss the issue with Russian President Vladimir Putin on Wednesday evening and with U.S. President Donald Trump on Thursday.