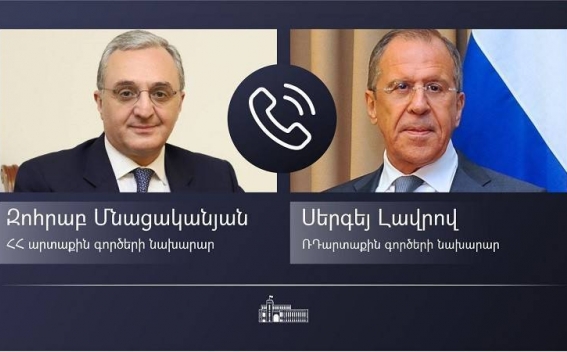 Foreign Ministers of Armenia and Russia Zohrab Mnatsakanyan and Sergey Lavrov had a phone conversation today.

Foreign Minister Mnatsakanyan comprehensively briefed his Russian counterpart the latest developments in the situation created by Azerbaijan's aggression along the line of contact with Artsakh.

In this context Armenia’s minister strongly condemned Turkey’s direct military-political and technical engagement in the military actions by Azerbaijan not only in the line of contact between Artsakh and Azerbaijan, but also on the Armenian-Azerbaijani border.

Minister Mnatsakanyan also expressed concern over the accumulation of foreign militia terrorists by Turkey for transporting them to Azerbaijan and engaging in military actions.

The parties declared the unacceptability of the steps by non-regional countries aimed at undermining peace and security in the region.