Over 300 Syrian Islamists Arrive to Karabakh Via Turkey — Macron 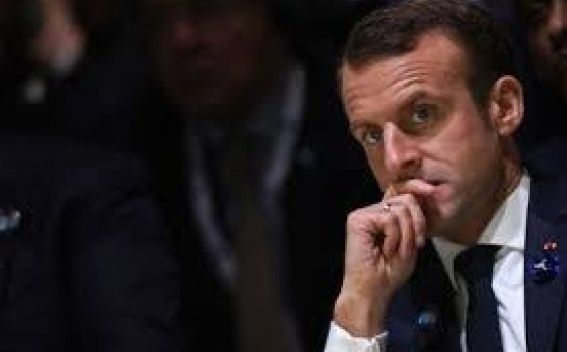 France confirms that more than 300 radical Islamists from Syria arrived to the Nagorno-Karabakh conflict zone via Turkey’s Gaziantep, French President Emmanuel Macron told reporters after the first day of the EU summit in Brussels, TASS reports.

"I can assure that more than 300 Syrian Islamist militants, earlier taken out of the Aleppo zone, were deployed to the Nagorno-Karabakh conflict zone via Turkey’s Gaziantep [to take part in the hostilities on Azerbaijan’s side]," he said. "This is a confirmed fact, those people have been identified and tracked down, all of them have links with the Islamic State terrorist group [outlawed in Russia]," Macron said.

"I discussed this with President Vladimir Putin, who confirmed that Russia has also been informed about this," the French leader added.

"[Turkey’s] behavior is unworthy of a NATO member state, we consider such actions to be totally inadmissible. In this case, the red line had already been crossed," he said.

The French leader went on to say that France and its co-chairs in the OSCE Minsk Group on Nagorno Karabakh - Russia and the United States - will come up with a series of initiatives to stop the conflict.

"Russia, the United States and France, as co-chairs of the OSCE Minsk Group will undertake a series of initiatives to stop the conflict in Nagorno-Karabakh in the nearest possible time," he said. "We maintain close working contacts."

"Yes, everyone should play a more constructive role to promote de-escalation. We want foreign interference to stop, it only makes the situation more difficult," he said.