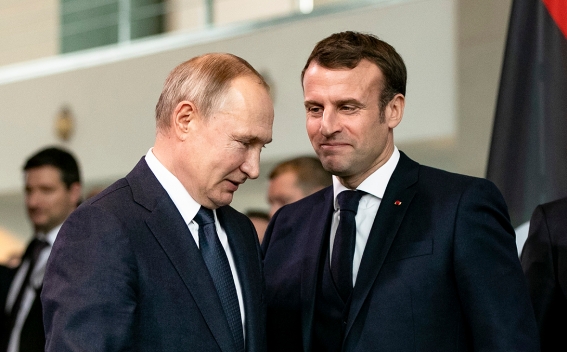 The situation in Nagorno-Karabakh was in focus of a telephone conversation between Russian President Vladimir Putin and his French counterpart, Emmanuel Macron, the Kremlin press service said on Tuesday, TASS reports.

"Vladimir Putin informed his French counterpart about the steps that are being taken to prevent further escalation of hostilities and resume talks to settle the Nagorno-Karabakh problem by political and diplomatic means as soon as possible," it said. "It was stressed that the conflicting parties must observe the October 10 and October 17 agreements on cessation of fire."

"The leaders stressed their readiness to continue close coordination between Russia and France as co-chairs of the OSCE Minsk Group and within the United Nations Security Council," the Kremlin said.

The presidents also agreed to continue contacts at various levels.