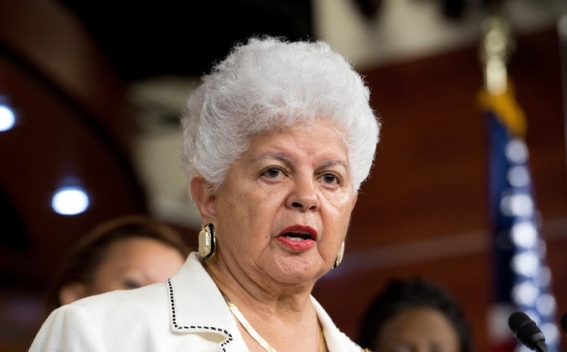 Representative for California's 32nd congressional district Grace Napolitano urges the USA to officially recognize the independence of the Republic of Artsakh, ARMENPRESS was informed from the Armenian National Committee of America.

Referring to Nagorno Karabakh (Artsakh) conflict, she said that Artsakh cannot be part of Azerbaijan, adding that it has been the integral part of Armenia for thousands of years.

''Freedom is the only answer left for Artsakh’s survival – history-based, law-based, survival-based remedial secession'', Napolitano said, adding that the path forward is one of liberty.