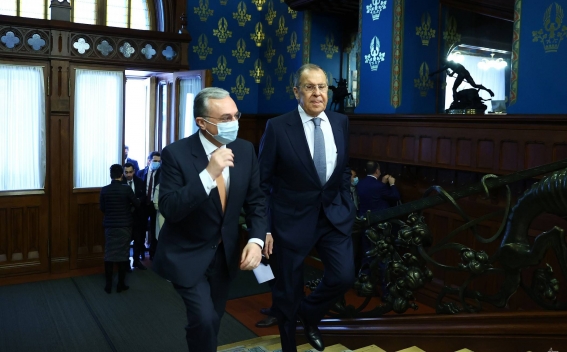 The agenda of the meeting included the issues of the situation on the ground in Nagorno-Karabakh conflict zone and the implementation of the agreements on the cessation of hostilities.

Highly appreciating direct efforts of Russia and President Putin in reaching agreements on cessation of hostilities, Minister Mnatsakanyan stated that the achieved agreements remain on paper due to Azerbaijan’s treacherous stance and the steps aimed at destabilising the situation.

Reiterating Armenia’s commitment to the agreements on the cessation of hostilities reached in Moscow on October 10 and October 17 through joint statements, Minister Mnatsakanyan underlined the establishment of a sustainable ceasefire maintained through verification mechanisms as a primary goal.