Armenia Was and Now Too Is Ready for Peaceful Settlement of the Nagorno Karabakh Conflict: PM’s Spokesperson 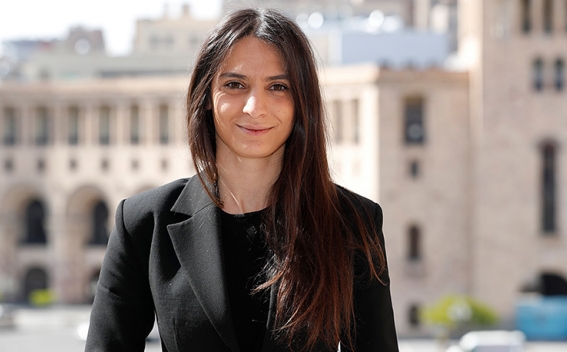 Armenia was and now too is ready for peaceful settlement of the Nagorno Karabakh conflict, Armenia’s PM’s spokesperson Mane Gevorgyan wrote on Facebook, Aysor.am reports.

“In today’s speech Armenia’s Prime Minister stressed that Armenia has always been ready for concessions in the solution of the NK issue and is ready for it today too. Armenia’s Prime Minister also expressed readiness to meet with Azerbaijan’s president in Moscow. Armenia was and is ready for the peaceful settlement of the NK issue and highly assesses the mediatory efforts of the OSCE Minsk Group co-chairing countries, and Russia in particular,” the spokesperson said, adding that Azerbaijan considers the chief factor of the settlement of the issue the military force and continuously violates the ceasefire agreement.

“Thus, the Armenian people must consolidate their defense potential to have an opportunity to defend their word in the diplomatic front. We stress once again that in this phase the Nagorno Karabakh issue does not have diplomatic solution due to Azerbaijan’s unconstructive working style,” she said.

Gevorgyan also stressed that the Armenian Prime Minister has many times and recently too expressed readiness for negotiations on the basis of compromises, but practice showed that this logic is unacceptable for Azerbaijan.

“I would also like to remind the PM’s well-known thesis, according to which the settlement of the NK conflict must be acceptable for the peoples of Armenia, Artsakh and Azerbaijan. Such like statement, including about concessions was not voiced by Aliyev,” Mane Gevorgyan noted.