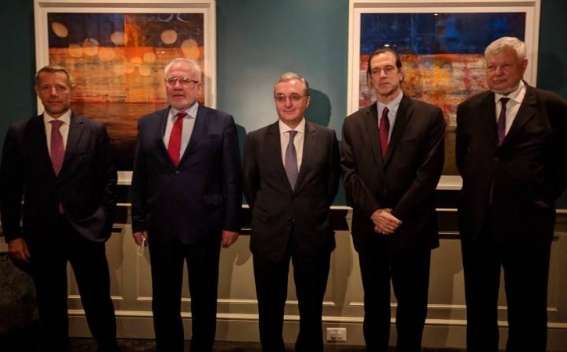 The interlocutors touched upon the situation on the ground in the Nagorno-Karabakh conflict zone. Minister Mnatsakanyan expressed deep concern over Azerbaijan’s undermining of the agreements on cessation of hostilities reached on October 10 and October 17, and stressed that Azerbaijan's ambitions to resolve the conflict by military means are a challenge for the region.

The sides reiterated the immediate implementation of the agreements on the cessation of hostilities and the establishment of a sustainable ceasefire maintained by verification mechanisms. The need for continuation of the peace process exclusively within the OSCE Minsk Group Co-Chairmanship was highlighted.