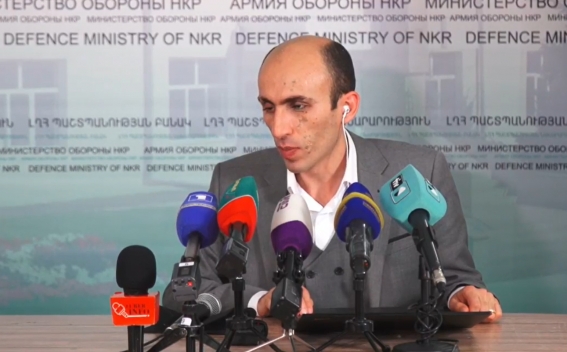 ''What do these actions aim at?

- First, Azerbaijan hopes to confuse the Armenian soldiers and succeed due to that.

- Second, they aim to artificially reduce the number of their casualties and hide the true number, as well as present them as casualties of the Armenian Forces during exchange of corpses.

According to soldiers who witnessed this, for example, Azerbaijan left around 40 corpses in Armenian uniform during an offensive operation that was stopped two weeks ago in the direction of Mataghis. Considering this, it could be that the number of such casualties is large. Moreover, it is probable that some of them are mercenary terrorists, considering the fact that no one will probably come after their corpses. In all cases, I am convinced that when bodies begin to be exchanged, it will be possible to prove the origin of these corpses through a professional methodology'', Beglaryan said.