There Is No Alternative to the Introduction of the International Verification Mechanisms: Armenia's MFA 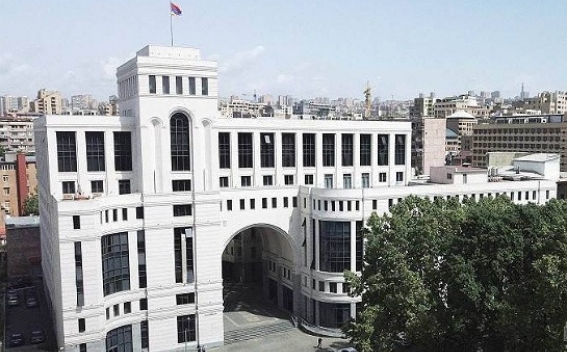 Today the Ministry of Defense of Armenia emphasized that the statement issued by Azerbaijan on the missile attack from the territory of Armenia in the direction of the Barda region of Azerbaijan is a blatant lie. Neither the armed forces of Armenia nor the defense army of Artsakh launched any missile in the mentioned direction, Armenia's MFA reports.

''It has been a month since Azerbaijan unleashed a large-scale war against the people of Artsakh. Throughout this period Azerbaijan falsely accused the Armenian sides of violating ceasefire to avoid responsibility for failing to comply with the ceasefire agreements reached through the mediation of the OSCE Minsk Group Co-Chairs.

Today was no exception: the Azerbaijani side shelled with cluster munitions Nngi village of Martuni region in Artsakh, where many civilians, temporarily displaced from a number of other communities, took refuge. The attack resulted in destruction and casualties among the civilian population.

At the same time, the Azerbaijani side has disseminated fake news about the missile attack in the direction of Barda region.