Azerbaijan No Longer at Advantage in Terms of Quantity and Technical Equipment: Artsrun Hovhannisyan 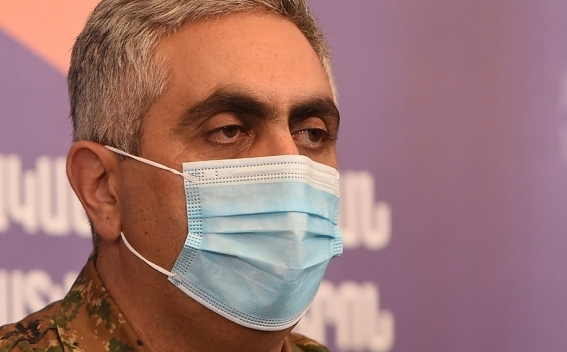 The essence of the war has changed, and today, the battles are not going on at the same speed and magnitude as in the first days of the war. The battles are going on in forests, mountains and gorges. This is what representative of the Ministry of Defense of Armenia Artsrun Hovhannisyan told reporters today, News.am reports.

According to him, Azerbaijan is no longer at an advantage in terms of quantity and technical equipment due to the locations of the battles.

He brought the example of the adversary’s sabotage groups which are trying to advance towards Avetaranots village.

“In such a territory, battles are against small groups. The adversary is using less artillery. Overall, today the Armenian Armed Forces destroyed several sabotage groups, while a few others escaped,” he stated.