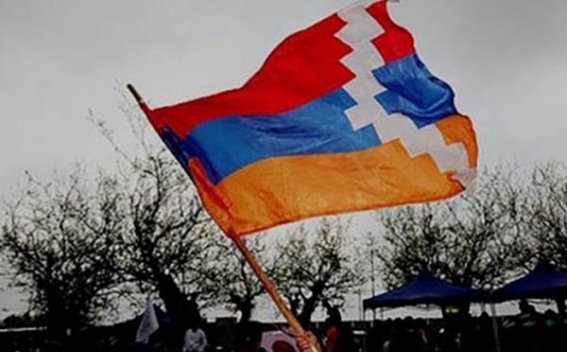 The City of Glendale, CA adopted a resolution on October 27 officially recognizing the independence of the Republic of Artsakh (Nagorno Karabakh) and formally calling upon the President of the United States and U.S. Congress to do the same, told ARMENPRESS.

"….the Republic of Artsakh, also known as Nagorno-Karabakh, has historically been Armenian territory, populated by an overwhelming majority of Armenians….," reads the resolution.

"Beginning September 27, 2020, and continuing until the present, schools, hospitals, churches, and homes of Armenians in Artsakh and Armenia have been under attack by Turkey and Azerbaijan with the mission of continued genocide…." 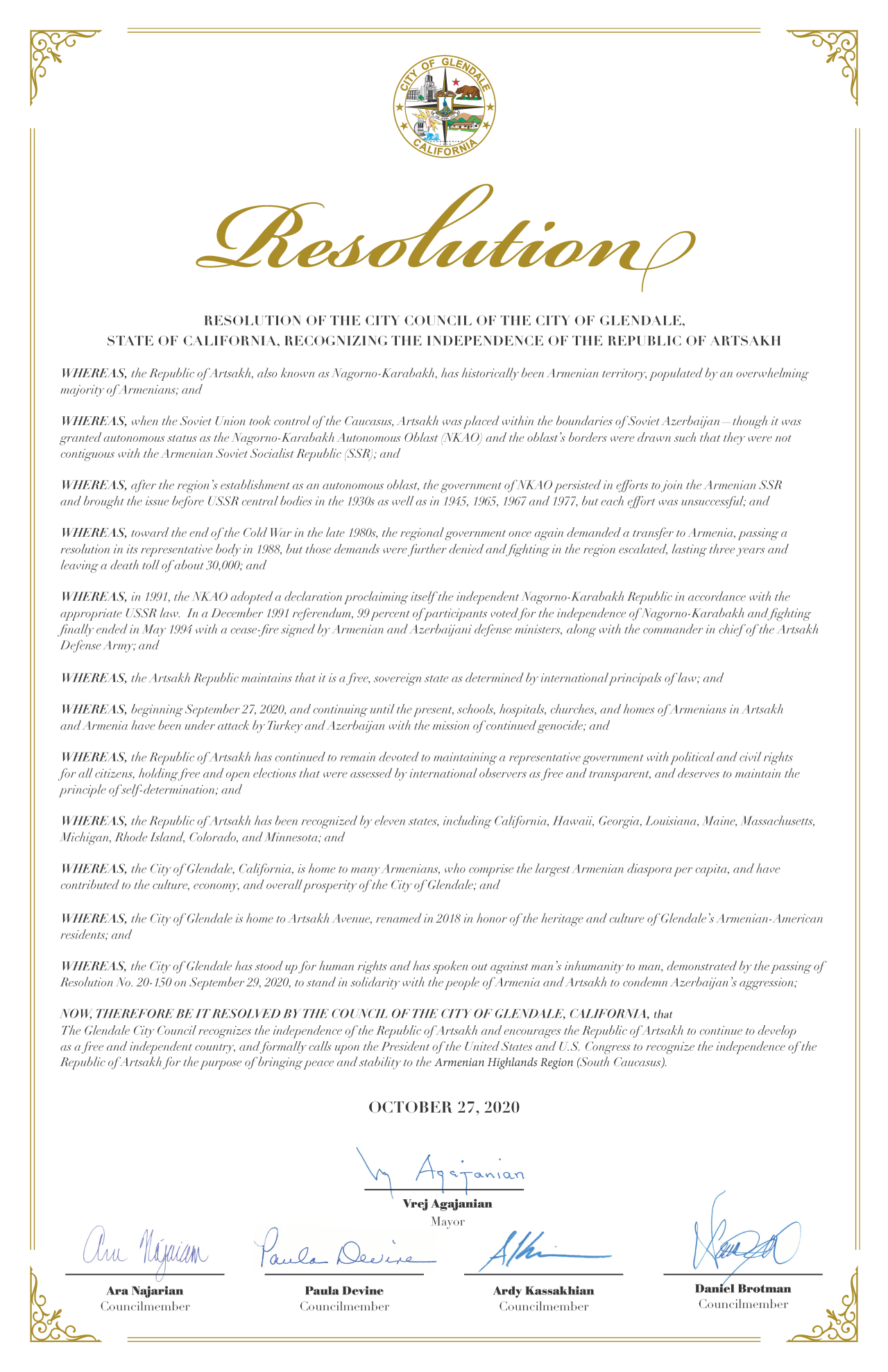