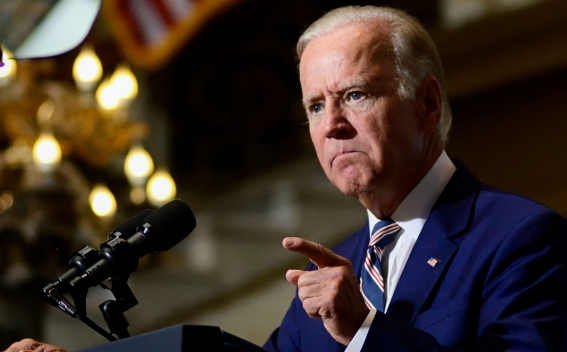 US presidential candidate Joe Biden called on Donald Trump to negotiate directly with the leaders of Armenia and Azerbaijan to resolve the situation in Nagorno Karabakh, RIA Novosti reports.

"After a month of hostilities, it is long past time for President Trump to appeal directly to the leaders of Armenia, Azerbaijan and Turkey in order to achieve an immediate de-escalation and stop the advance of Azerbaijani troops in Nagorno-Karabakh," Biden said in a statement.

He believes that the US president needs to "personally intervene to stop this war." According to him, the United States administration should "urge Turkey and Russia to stop fueling the conflict by supplying weapons and, in Turkey's case, mercenaries."

“The United States should be leading a diplomatic effort to end the fighting, together with our European partners, and push for international humanitarian assistance to end the suffering; under my administration that is exactly what we will do,” he concluded.