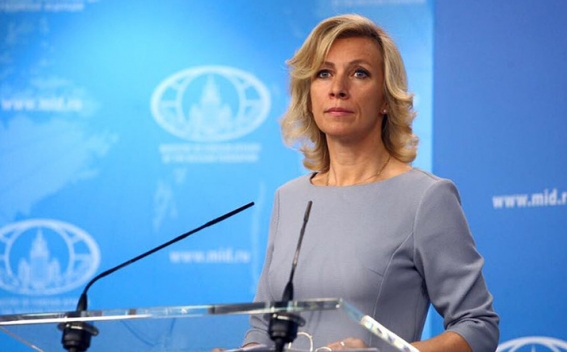 During today’s briefing, Spokesperson of the Ministry of Foreign Affairs of the Russian Federation Maria Zakharova said the Russian Federation is deeply concerned over the ongoing hostilities in the Nagorno-Karabakh conflict zone and the growing large-scale involvement of foreign mercenaries from the Middle East in the clashes, News.am reports.

"The situation in the Nagorno-Karabakh conflict zone remains dire, and the military confrontation is ongoing. Russia continues to make efforts for speedy de-escalation and resumption of the negotiation process at the national level and within the scope of the OSCE Minsk Group. The President of the Russian Federation communicates with the leaders of Azerbaijan and Armenia on a regular basis. The Russian president discusses the situation surrounding Nagorno-Karabakh during talks with his Turkish counterpart. Sergey Lavrov has discussed the matter with the Turkish and French foreign ministers," Zakharova stated.

"Russia is certain that there is no alternative to the need for a peaceful resolution of the issue and the resumption of negotiations within the scope of the Co-Chairmanship of the OSCE Minsk Group," Zakharova said, adding that after the subsequent failed attempt to stop the hostilities, an agreement has been reached on the next meeting of the foreign ministers of Armenia and Azerbaijan with the Co-Chairs of the OSCE Minsk Group on October 30 in Geneva.