Armenia’s MFA Spokesperson: Aliyev Confirms Absence of Any Justification of Deliberate Targeting of the Civilian Population and Civilian Infrastructure 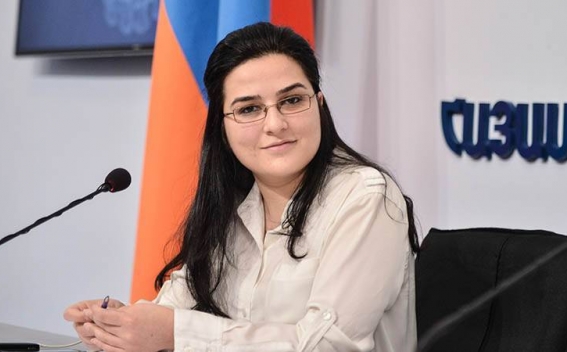 Spokesperson of Ministry of Foreign Affairs of Armenia commmented on the statements made by President of Azerbaijan Ilham Aliyev in the interview to the BBC News Agency.

"In this interview Ilham Aliyev confirms the absence of any justification of deliberate targeting of the civilian population and civilian infrastructure of Stepanakert and other peaceful settlements in Artsakh, which have been documented by many eminent international media outlets and human rights watchdogs.

Realizing that sooner or later he will bear the responsibility for the war crimes he has committed, Ilham Aliyev made a desperate attempt to deny the truth, by labelling it “fake news.”

This statement by Ilham Aliyev full of hatred, voiced out amid the continuous targeting of the civilian infrastructure of Artsakh by the Azerbaijani armed forces under his command, once again proves that under no circumstances the people of Artsakh can be put within Azerbaijan’s jurisdiction," Anna Naghdalyan said..