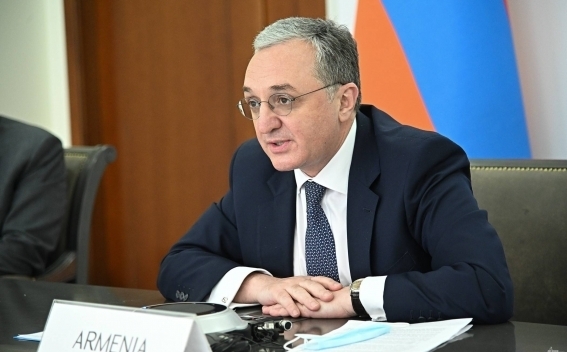 They have exchanged views on the situation following the November 10 joint statement of the Prime Minister of the Republic of Armenia, the President of the Republic of Azerbaijan and the President of the Russian Federation. In this regard, Minister Mnatsakanyan underlined that the above-mentioned statement is aimed at the establishment of a ceasefire and the deployment of peacekeepers in Artsakh; it cannot be considered a comprehensive settlement of the Nagorno-Karabakh conflict.

The Foreign Minister of Armenia and the high representatives of the OSCE Minsk Group Co-Chair countries also touched upon the key role of Turkey in pre-planning, provoking and carrying out Azerbaijan’s war against Artsakh, which was manifested both in its direct involvement in the hostilities and in transfer of foreign terrorist fighters to the conflict zone. The Foreign Minister of Armenia clearly reaffirmed the exclusion of any role of Turkey in the peacekeeping operations to be carried out in Artsakh, despite the latter’s steps being undertaken in that direction.

Minister Mnatsakanyan highlighted the importance of the international community to undertake immediate steps on the ground to address the humanitarian crisis in Artsakh resulting from the Turkish-Azerbaijani aggression.

The interlocutors stressed the importance of ensuring the consistency of the activities of the OSCE Minsk Group Co-Chairs as the only internationally mandated format for mediation. In this regard Minister Mnatsakanyan emphasized that all issues concerning the Nagorno-Karabakh peace process are subject to discussion exclusively within the format of the OSCE Minsk Group Co-Chairmanship and that within this format the interests of the Armenians of Artsakh will be fully addressed. The Foreign Minister emphasized the status of Artsakh and ensuring the comprehensive security of the population of Artsakh as a priority.