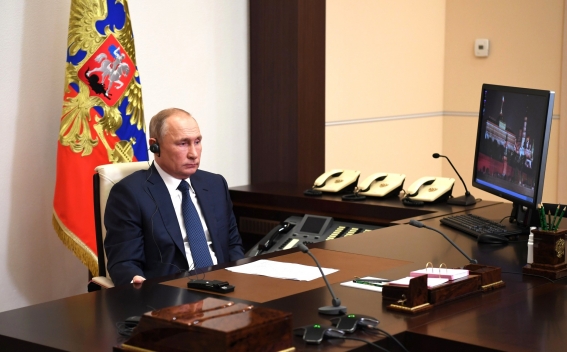 Russian President Vladimir Putin has announced that the agreements on cessation of war in Nagorno Karabakh are being maintained, adding that the situation stabilizes there, RIA Novosti reports.

Talking about global and regional security during the BRICS summit, Putin reminded that the conflict in Nagorno Karabakh has escalated in September this year, Armenpress reports.

“The Russian side has made the most active efforts to help stopping the hostilities between the two states and convince them to reach compromise decisions. Thanks to our mediation efforts an agreement has been reached on November 9 over complete cessation of fire and deployment of Russian peacekeeping contingent in Nagorno Karabakh”, Putin said, adding that this is fixed in the statement signed by the leaders of Armenia, Russia and Azerbaijan.